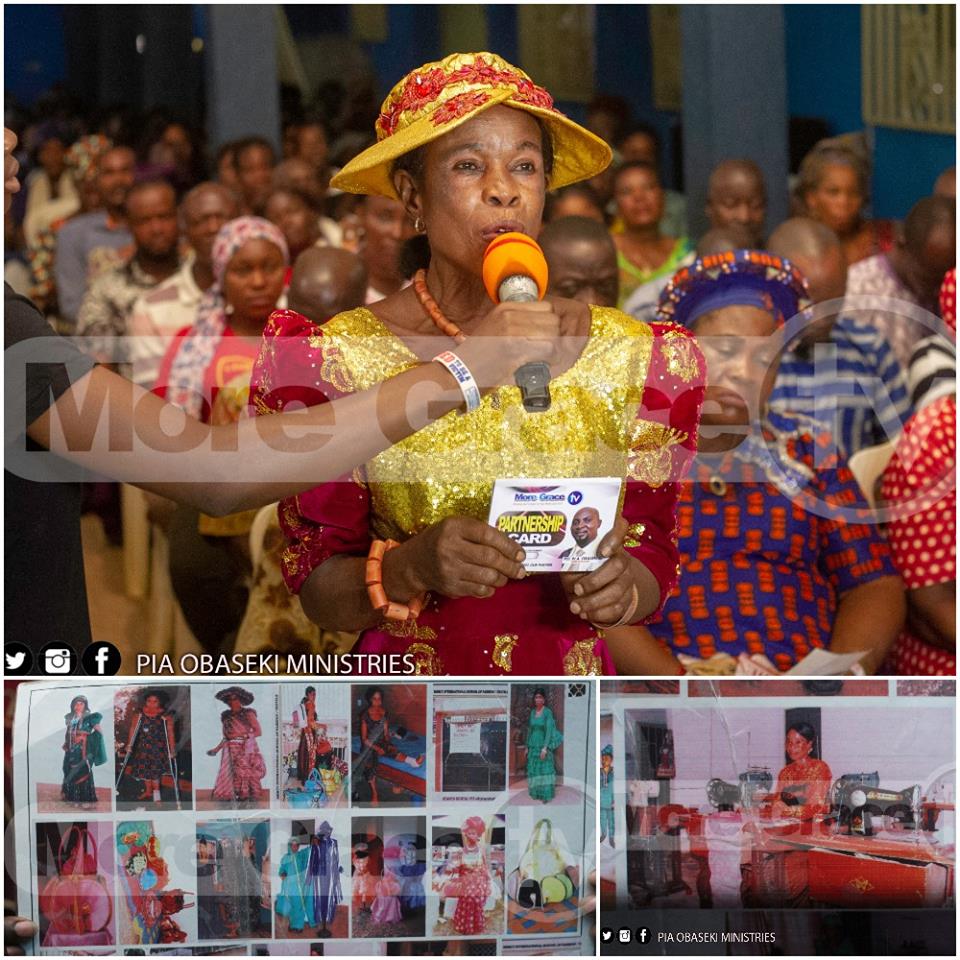 More grace. I am Mrs. Princess Mercy Uwangue. I am a fashion designer by profession and a More grace Tv partner. My former office was opened for me by the late oba of Benin (hrh oba erediawa) and the wife of the former governor Mrs. Eki igbinedion. But after the oba passed away, things became rough for me that I had to relocate back to abudu where I was staying before. From there, a lady that knew what I was going through told me about DGOGC and one day I saw the man of God PIA Obaseki destroying idols on tv, I quickly copied his contact and found my way to DGOGC where I had the privilege to meet with him one on one and explained all that I was going through to him, he prayed for me and said to me that God will send me a helper.

After then I met a woman that offered me accommodation and asked me to be paying anytime I have money. 2 months later, I lost my son and things became extremely rough, the woman that helped me before suddenly became my enemy. I was confused but I never gave up on God and also kept on in my prayers. I was opportune to be in the DGOGC Friday change of story prophetic service where I prayed like never before and after the close of service I received a call from a princess in oba palace, she gave me a contract to design a bag similar to the one I used to make for her father which I did.

One day she came to my house telling me how she was impressed about the bag I made for her and she told me that she wants to partner with my work, I narrated all I was going through to her and she cleared all the debts I was owing, gave me a new better free place to stay and also promised to open a fashion school for me where I can bring up more people….Thank you Jesus