DELIVERED FROM THE SPIRIT OF DEATH. 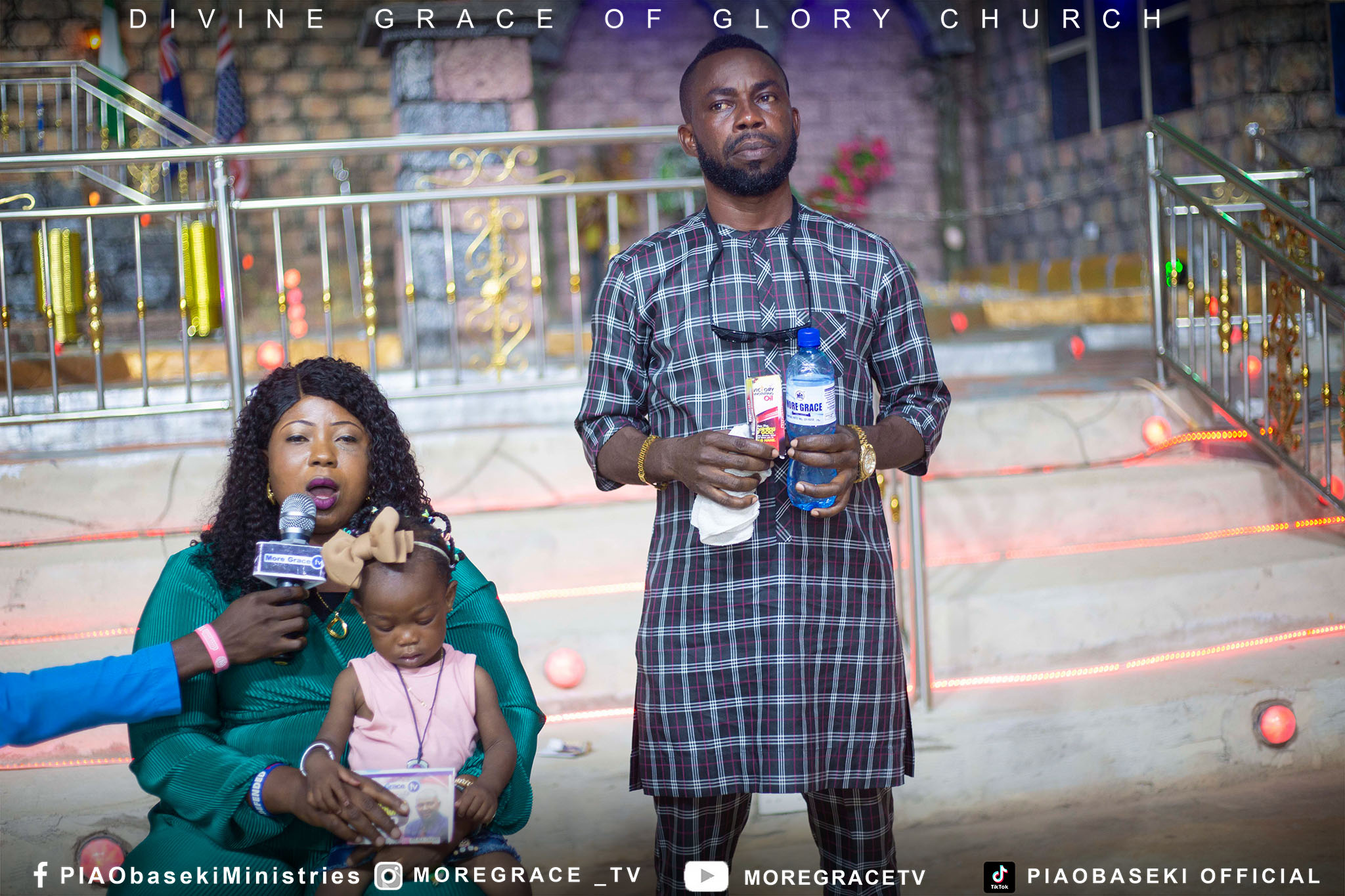 Two years ago, my husband had a dream and in that dream he saw an image telling him that he should tell his wife that they are going to kill her female child. My husband said he was challenging the person in the dream and the person said he has already passed the message that he should go and tell his wife. Then he woke up and he narrated the dream to me. Then i was only having male children.
One faithful day i and my husband came to church to see the man of God Senior Prophet P.I.A Obaseki and he narrated the dream to him. He said he is not seeing death that he is seeing congratulation. He prayed for us.
Last year i became pregnant i started having attack during my pregnancy . When it was time for my delivery it was tough. During one of our service here, the man of God gave a word of prophecy that there is a pregnant woman in service , you were told in the hospital that your baby was breedge. I came out with other pregnant women and the man of God prayed for us. To the Glory of God, during the time of my delivery, i delivered successfully a baby girl.
After my delivery i became very sick. I colud not take care of my children even my new born baby. I went for treatment all to no avail.
The month of May, i was in my shop one day and my body system changed. I went to my neighbour’s shop to take a rest. I could not even go to the hospital because i was weak. Then i called a nurse to the shop and she checked my B.P and she said the B.P was high. She then gave my drugs which i took.
In the evening my husband came to carry me from the shop and on our way home, my body system changed, i was breathing very fast i had to give my son my baby to hold. I then told my husband to take me to the nearest hospital. I was having the MORE GRACE TABLE WATER inside the car and i took from it. The wrist band with me i put it inside my mouth and i chewed it. When we got to the hospital, i could not come out of the vehicle because i was very weak. They checked my B.P and they said it was high. They gave me drugs and fixed drip on me inside the car. Afte some hours, i was taken inside the hospital for treatment. I was in the hospital for three days and i was discharged but the sickness still persisted. I was taken to three hospital for treatment all to no avail.
The month of July, during one of our Sunday service, my husband cried out to the man of God for help and he told the man of God what the issue was. The man of God prayed for me and delivered me.
During one of our Wednesday service, the man of God raised a prayed point concerning the spirit of death and i fell under the anointing and the evil spirit manifested out of me and i received my deliverance to the Glory of God. I was totally free and i can sleep well now. Thank you Jesus.
Secondly, as i gave birth to my daughter, after a month, i noticed she could not breath properly. I took her to different hospital, i was told it was because of cold that i should not expose her to cold.
I then took her to UNIVERSITY OF BENIN TEACHING HOSPITAL ( UBTH ) and they did a test on her and they found out she was having growth in her nose. They said they will give her medication and if the medication did not work, they will have to operate on her nose.
I told my husband and he said he was having an appointment with the man of God Senior Prophet P.I.A Obaseki and i told him to tell the man of God when he goes for the appointment which he did and the man of God told him to tell me to bring our daughter to the service on Wednesday which i did. The man of God then prayed for her and said she will not go through any operation and that i should be using the VICTORY ANOINTED OIL on her nose which i did. To the glory of God my daughter can breath well now with ease. Operation cancelled. Thank you Jesus.
MR AND MRS MARY EHIGBOR AND DAUGHTER.